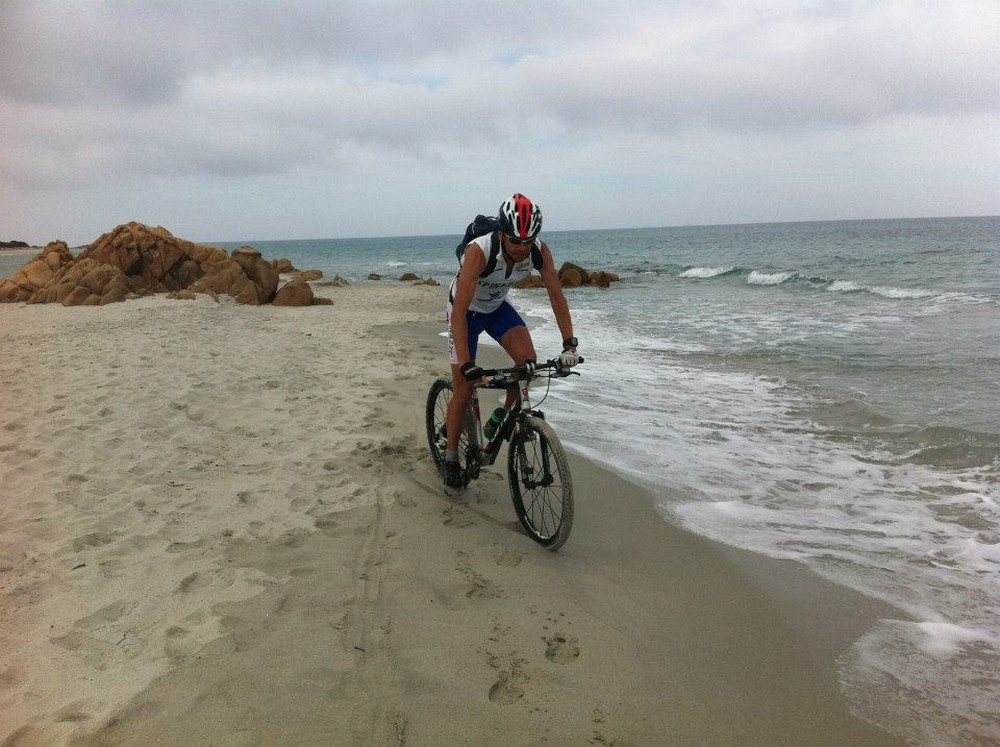 The 6-day tour covers a total distance of 380 kilometres and goes through picturesque sceneries and unique stunning spots.

Bus from the airport to San Teodoro. Departure from Capo Coda Cavallo by mountain bike. The panoramic route covers a distance of 70 kilometres and runs along coastal paths and some uphill-downhill trails. We head to Santa Lucia, which is a small fishermen village, where we are going to sleep in some bungalows situated in a thick pine forest.

The route covers a distance of 60 kilometres along the coast. Most kilometres are off road on a stony ground and it runs a little uphill. There will be several beaches, some of them to ride through by bike, some of them to walk through. Arrival at Cala Gonone and fish dinner.

Departure from the seaside and arrival at the mountain pass Genna Silana. The route covers a distance of 60 kilometres. The trail runs uphill and downhill, most of it is off road on stony and dirt grounds. We pass through the legendary and picturesque Gorropu canyon, which has 400-metre walls and is the deepest gorge in Europe. Arrival at Genna Silana (nearly 1000 metres above the sea level) and rotisserie pork dinner (the typical “porcetto”)

We go back to the seaside. After 20 kilometres of paved road, we ride off road (fun single tracks and panoramic views guaranteed) until the beach called Cala Sisine. Then we go by boat until Santa Maria Navarrese. This part depends on weather conditions, because if the water is rough we go to Santa Maria Navarrese by bicycle (25 kilometres).

30-minute bus ride and departure from Villanova Strisaili by mountain bike. The path goes along the lake of Alto Flumendosa and then uphill to the top of the crest of Olinie mountain.

The path climbs over the Gennargentu massif (the Sardinia's highest massif) towards the mountain area of Barbagia along deserted and wild places. Arrival at the village Orgosolo, which is famous for its wall paintings and medieval banditry. Bus from Orgosolo to Capo Coda Cavallo for our last night.

The cost is 999 euro per person. The tour includes: